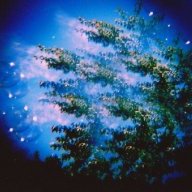 
A plot of protected land players can apply to build in following a set theme/palette in order to construct a town or village. Having a couple of different kinds would allow for a variety of build styles. Applying for permissions to build in said zones should be done via the forums, to help drive more traffic to the forums and just so that chats not constantly spammed. I feel like this could address the problem of new players having no one to make a base with as well as give those who want a grief free building experience something to do.​
#2.


Areas of the map where you are forced into pvp mode. Should have a higher density of precious resources or chests with rare items. Basically areas of high risk/high reward. This could help give players who want a pvp experience more things to do on the server & overall promote players to pvp more often. Perhaps even have a large arena for weekly tournament-style battles with cash prizes.​
#3.


Helps new players start off, and get to where they want to go. They would be able to buy things from the player shops as they first walk through on their way out to the wilderness. Not many new players want to vote for a server they've never been on for 500$ ingame.


​
(will update thread with more ideas as i have them)
Reactions: Hex, Notme, Thrice and 1 other person
C

Bounties should automatically force those targeted into PvP - OR - check if they have pvp enabled in the first place; if they do not, you can't bounty them.

Add advertisements for shops into chat - pay $$$ to get your message broadcast over a certain time period.