On June 1st 2009, Minecraft first gained multiplayer as part of Classic build 0.0.15a_01. Almost 2 months later, on July 24th, TheOne’s opened up business for the first time - a pioneer of custom Minecraft server software. 10 years on, a couple of name changes and many Minecraft versions later, we stand here today as EscapeRestart.

If you’d like to learn more about our long and storied history, visit Notme’s post here. In the meantime: thank you. To all our staff, helpers, developers, and especially users - we don’t have a community without you. We are one of the oldest Minecraft communities still in existence, and that is a testament to the strength of the community and the character of the people within it.

Onto the festivities! We’ve got 5 events lined up for you throughout the anniversary week at the end of this month, and we’re going to be playing the nostalgia card hard. Please make sure you take note of the timezones (beware of daylight savings) and convert carefully to ensure you don’t miss out.

Monday 22nd July - Tuesday 23rd: A&T (12pm UTC launch)
A 1.13 recode of Blocktopia’s former server, A&T will return, offering you the chance to play instances of new challenge and adventure maps with friends without the cost of a realm or server. From Skyblock to Diversity to a randomly generated Vanilla instance, we’ve got lots of maps lined up ready for you to enjoy (which is amazing really, seeing as 1.13 broke most of them), finished off by a new sexy lobby courtesy of Swift.

Wednesday 24th July - Thursday 25th: Premium TNT (8pm UTC launch)
A lot of the time when we get new users, they’re asking if we have TNT Wars. Whilst AoD now does a fantastic job of making a modern version of the gamemode, we’re going to be playing Tnmjimbob’s old Classic-equivalent server to relive those golden days. With weapons ranging from pistols to nukes, it’s bound to be a blast!

NEW DATE - Thursday 25th July: Board Games (8pm UTC)
By community suggestion, we're going to be spending the evening before Splatoon playing Cards Against Humanity and BoardGamesOnline. We'll be in the General voice channel in the EscapeRestart Discord. Go through the BGO site before and pick out any games you want us to play. There's Rento, DrawIt - a heck of a lot of choice! 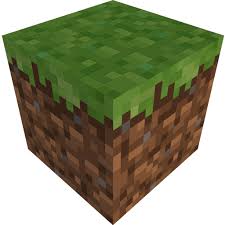 Friday 26th July - Blocktopia launch
We're going to be launching our new creative server! It has been pain-stakingly built from the ground-up to provide enhanced stability and fantastic new features, from new beautiful spawns to build-battles and build tools. The Create team have spent an incredibly long time on this, and we hope you'll love what they've done.

Saturday 27th July - Hunger Games (9pm UTC)
Arguably Minecraft’s most popular gamemode ever, we’re going to be fighting it out in an amazing world skilfully made by Plive. In the massive 1000x1000 map, we’re going to see people brawling to the death to become the last person standing. If you’re lucky, there might even be some prizes at the end...

Sunday 28th July - Trouble in Terrorist Town (7pm UTC)
It’s back! Courtesy of the majestic Inffy, the final event of the week will see EscapeRestart’s favourite GMod terrorist game return once more. With the server currently AWOL, I’d expect this to be quite popular, so make sure you come along - these are always incredibly fun to play with the community!

NEW DATE - Monday 29th July: Splatoon in Minecraft (4PM EST)
Per a suggestion I received, we’re going to be playing a Minecraft version of Splatoon! Equipped with 6 maps, multiple gamemodes and an array of selectable weapons and abilities, this remake of Nintendo’s smash hit should not disappoint. Furthermore, we’re going to be hosting it in American time, so those who usually have to suffer with early afternoon launch times will be able to attend.

Once again, thanks so much for supporting us over the past 10 years - we’re an incredibly unique server and one of the oldest still going in Minecraft history. As a dev, as an admin, as a user, it’s an honour to be a part of this community. We’ve had a great first 10 years - here’s to the next 10!​
Last edited: Aug 2, 2019
Reactions: Ansoro2112, Virazu, Friendy and 6 others 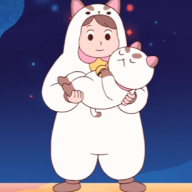 snowma said:
So no zombie?

We did a vote on a few things when deciding our "dig up an old event" slot, TNT was a bit more popular so I decided we would go with that! Zombie would have meant I'd had to have spent time repairing the authentication system for the new forums, so the positive is that I have more time to work on A&T, HG and help a bit with BuildBox.

Friday 26th July - Board Games (8pm UTC)
By community suggestion, we're going to be spending the evening before Splatoon playing Cards Against Humanity and BoardGamesOnline. We'll be in the General voice channel in the EscapeRestart Discord. Go through the BGO site before and pick out any games you want us to play. There's Rento, DrawIt - a heck of a lot of choice!​

20 30 150 20 15 10 10 5 2 1
Due to a clash with the launch of BuildBox, the Friday events of Splatoon and Board Games are going to be shifted. Splatoon will move to Monday 29th July, with a time to be announced. Board Games will shift to Thursday 25th July at 8pm UTC. Apologies for the confusion! 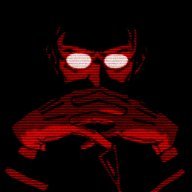